Barriers Professional Service Companies Are Up Against With Problem Solving 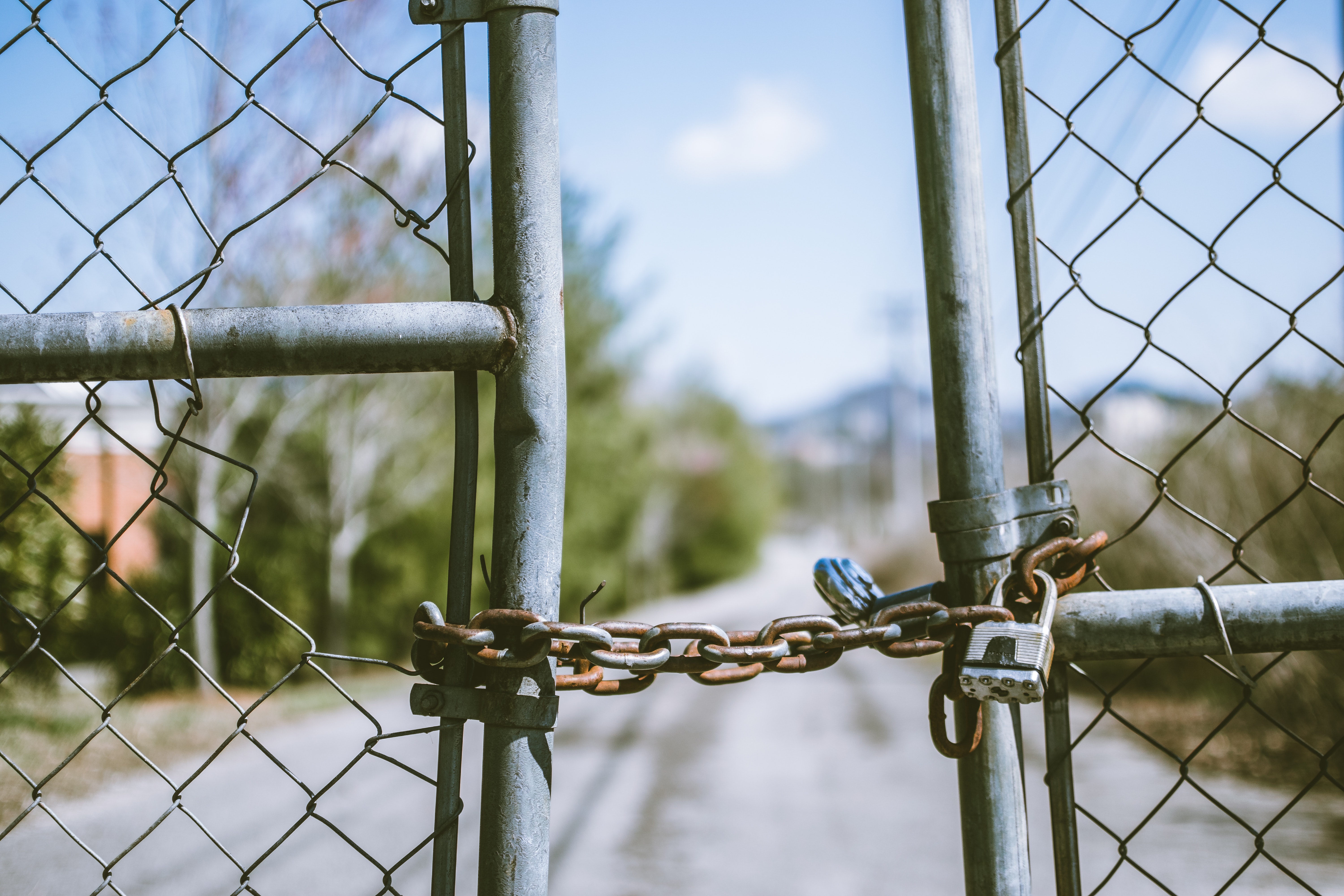 How to solve a problem: Define it. Solve it. Move on.

If only it were so simple.

The bad news is that problem-solving, already difficult, is made even more so by a variety of obstacles that exist in our very own brains. The worse news is that we’re not even aware of many of these cognitive barriers, which can slow down our problem-solving or even prevent it altogether. I guess you could call it unconscious incompetence.

Assuming that you and your team members are human, you are being held back by a number of factors, including those that follow. Being aware of them, however, can go a long way toward avoiding them, or at least minimizing their effects.

Draw three rows of three dots on a piece of paper. Without lifting your pen from the paper, use no more than four lines to touch all nine dots with your pen. Can you do it?

If it’s the first time you’ve seen the nine-dot problem, the chances are you won’t solve it. However, once you learn the answer, you will feel that it should have been obvious to you. If you couldn’t solve it, it's because of something called unnecessary constraints—mental limitations that we inflict on ourselves—also known as functional fixedness.

When three U.K. academics conducted a study in 2001, they gave college students the nine-dot problem. Only 5 percent of the students could solve it, by drawing a line that went beyond the visual square created by the nine dots. Once you understand that you’re not limited to keeping the line within the square, the odds of your solving this puzzle go way up.

I’m probably dating myself with this reference, but I loved watching the TV show MacGyver when I was a kid. Secret agent MacGyver could escape any situation by solving problems using his knowledge of science and engineering to make useful tools out of everyday objects. MacGyver certainly had no issues with unnecessary constraints. But most people do.

A few years ago, my team helped with a global webinar. Our role was to promote the event using social media, and we were brought in after the meeting logistics had been determined. The webinar logistics proved challenging because presenters called in from several different countries. During the practice session, everything went smoothly; the technology worked, and the transitions between speakers were seamless. During the webinar, however, people were obviously stressed out by the live event, and some presenters didn’t do as well as they had in the practice session.

During a post-webinar recap the person in charge of the event asked, “Any thoughts or suggestions?” That’s when I asked, “Next time, why don’t we pre-record the webinar and do only the Q&A live?” Everyone sat there, puzzled: why hadn’t they thought of that before? The reason is unnecessary constraints.

In 1940, psychologist Abraham Luchins conducted a simple experiment. Participants were asked to fill one jug with water using only other jugs of water. After the participants completed the task, Luchins assigned the same participants the same task again, but this time he offered tools that would make the task easier. The second time, a majority of participants used the same approach they had used before. It worked the first time, so why would they need to change it? When confronted with problems to solve, we tend to focus on solutions that we’ve seen work in the past.

This lack of openness to trying new solutions is at the heart of why mental set can be a challenge to problem-solving. It limits one’s ability to think of solutions.

Someone with confirmation bias unintentionally collects and uses data in a way that supports his or her preconceived notion. This bias causes the person to reinforce existing beliefs or values. Does everyone have confirmation bias? Yes.

Here’s an example. You need to schedule four brief meetings on the same day, but there’s only one hour when everyone who needs to be in those meetings can be there. What do you do? You probably choose the two most important meetings and set them up for 30 minutes each. You then reschedule the other two meetings for the next day. But why not have all the meetings during the same hour? Why not have four fifteen-minute meetings back to back?

The reason is confirmation bias. You automatically assumed that each meeting requires thirty minutes. But do you really need that much time? Probably not—fifteen minutes is plenty of time for most meetings. Confirmation bias prevented you from thinking of that option.

Here’s another example of confirmation bias. You love playing hockey in a weekend league with a couple of your friends from Canada. A new co-worker transfers into your department from Canada. Attempting to be kind, you ask him, “Hey, would you like to play hockey this weekend?” He replies, “Thanks, but I don’t play hockey.” Your confirmation bias leaves you a little embarrassed, doesn’t it?

Social psychologist Solomon Asch conducted his famous conformity experiment in 1951. Groups of eight college students were asked to participate in a basic task. But seven of the eight participants were actors, with full knowledge of the goal of the experiment, which was to understand the power of groupthink on decision making.

Each participant was asked to review cards with lines on them. One card had one vertical line on it. The other card had three lines, labeled A, B, and C. The object was to match the single line with line A, B, or C. All eight participants, all in the same room, were asked to give their responses. Asch made sure the non-actor always answered last, after hearing what everyone else had said.

Each session consisted of eighteen rounds of matching. For the first two, everyone gave the correct answer. For the remaining sixteen rounds, actors were trained to give a wrong answer periodically. Even though there was really no debating the answer, the non-actor participants answered incorrectly 37 percent of the time. That shows the power that groups have on influencing decisions.

What does this mean for you? Be aware of how groupthink is affecting problem-solving and do what you can to keep a group from exerting too much influence on individuals, especially new members of the group. If you’re leading a team, structure its meetings or problem-solving sessions in a way that minimizes groupthink. Instead of having one meeting with ten people, for example, have two meetings with five and compare the outcomes. Or, to eliminate groupthink altogether, have one-on-one meetings to see how each person solves the same problem.

“There’s no need for that type of product.”

These statements reflect paradigm blindness, which prevents people from seeing the possibilities of different solutions because they’re limited by the current view.

Some famous people have been stopped by this barrier. For example, IBM chairman Thomas Watson once said, “I think there is a world market for maybe five computers.”

Paradigm blindness is difficult to avoid because it’s not easy to see. Visionary leaders, however, have a knack for overcoming it. Apple cofounder Steve Jobs, for example, always envisioned what “could” be created.

According to Henry Ford, customers are also subject to paradigm blindness. According to legend, he said, “If I had asked people what they wanted, they would have said faster horses.”

Here’s a riddle to solve. An airplane takes off from Canada and travels southwest. It is scheduled to arrive in Singapore in twenty hours. It enters international territory across the Pacific Ocean at a speed of 325 miles per hour. A flock of birds hits one of the engines, setting it on fire. The pilot immediately turns the plane around and travels east at 145 miles per hour. The pilot tries to return to the original airport but can’t make it. The plane crashes on the border of the United States and Canada and kills most of the people aboard. The questions are: Where are the survivors buried? Is the airline responsible for the funeral costs, or should the funerals be paid for by one of the governments? If so, which one?

This famous riddle has been told for many years. Some people solve it right away. Others are misled by too much information and don’t really hear the questions. They begin to think through the scenario and ask themselves questions. What nationality were the casualties? Shouldn’t funeral expenses be up to the families? How many passengers had life insurance that would pay for funerals?

Of course, the answer to the riddle is that you don’t bury survivors.

When you realize this is the answer, you feel cheated. You think, “You were playing a trick on me while I was really trying to solve the problem.” This admittedly extreme example makes the point that often it’s not easy to spot misleading or irrelevant information that needlessly complicates the problem.

The lesson here: beware of irrelevant or misleading information. This is especially true now, with increasing amounts of data surrounding us and threatening to bury us at an alarming rate. Do your best to filter out the information that would not be helpful for solving your problem.