Best Practices for Problem Solving In Your B2B Company 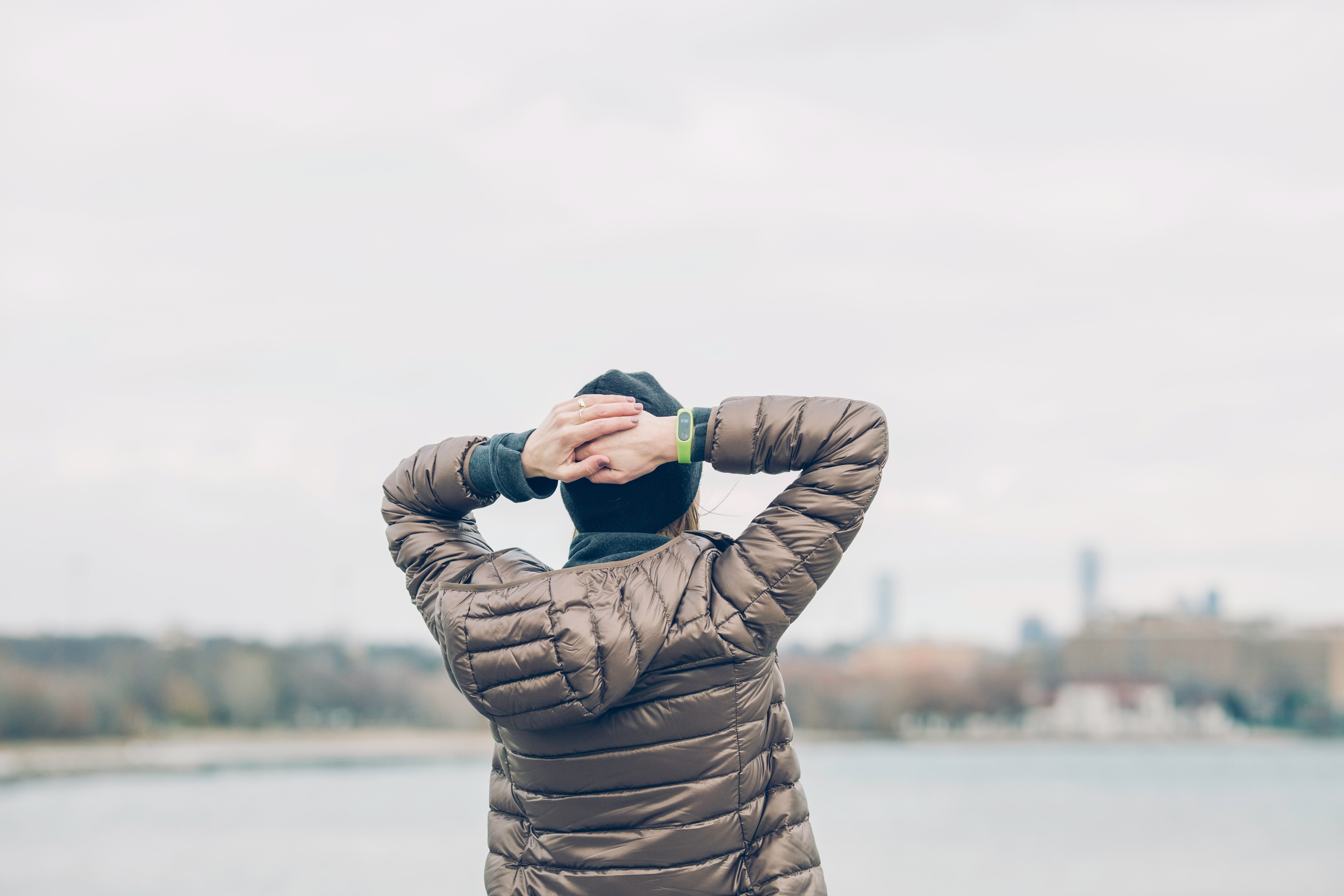 There’s no clear path that guarantees that you will always be able to arrive at a good solution to a problem. And, even if a solution is found, there’s no guarantee that a better one doesn’t exist but hasn’t been uncovered.

While there’s no silver bullet for successful problem-solving, a variety of best practices help you think differently and increase the likelihood of solving the problem. The good news is that most problems are solvable. As John F. Kennedy put it in 1963, “Our problems are man-made—therefore they may be solved by man.”

Use best practices at the first step, “Define the problem,” and revisit them when you’re stuck during the problem-solving phase. Notice that I said “when” and not “if,” because you will get stuck. At times, you will be sure that no solution exists. It’s not like arithmetic, where the same approaches are used over and over again to get the answers.

Here are six best practices to consider following. You might want to try them all.

On top of the other difficulties of problem-solving, you will face structural and political issues unique to your company. When you imagine that you are the CEO, the way you approach problem-solving changes immediately: you feel greater ownership of the problem, and your ability to solve it increases. Pretend you need to report back to the board of directors in a month with your solution. This instantly gives you the feeling you’re empowered to solve the problem.

Adopting the CEO’s perspective is also good because it forces you to think about the complete picture—about the best interest of the company, not one department or another. You're truly focused on solving the real business problem. This practice may strike you as silly, but, with some imagination, it can take you pretty far.

Your instinct might be to try to solve the problem on your own or with only your team. However, don’t limit yourself to those you work with every day. Get outside help—from people both inside and outside your company, perhaps marketers in other industries or even nonmarketers. Someone who isn’t close to the problem can often see a problem more clearly and help you to see it from a new perspective.

I enjoy connecting with outsiders because understanding the context of the problem usually requires them to ask you questions. These questions are incredibly powerful because they help me to think in different ways. I’ve had many conversations in which I asked for an opinion, and the questions clarified for me an aspect of the problem—or the solution—and helped me reframe it. Such reframing has led to breakthroughs to ideas I would never have come up with on my own.

For example, years ago, I had difficulties with a client who didn’t see the value of what we were doing. Part of this was because the client had not been given a choice of agencies. A former colleague had some great advice: Ask the client to define the success of the relationship. Make him write it down. Then, share that definition so that everyone involved could be on the same page.

The relationship significantly improved because it made the client realize that his team was struggling to define success. Each of the ten-member client team had a different version of success. My former colleague’s simple tip made all the difference.

About a year ago, I backed up my car in a parking lot and headed toward a parked semi truck. The car has a warning system that beeps when the car is close to an object. The alarm wasn’t going off, so I kept on backing and backing . . . until, all of a sudden, crunch. Turns out the warning system doesn’t work for anything above three feet from the ground, which is where the bottom of the truck started. Since then, my car has had a small dent in it.

Why haven’t I fixed the dent? Because I don't own the car; I lease it. In two years, I'll return it to the company, which expects there to be some wear and tear on the car. Does it make sense for me to spend $500 to fix the dent when it's not technically my car? Nope. No ownership, no investment in solving that particular problem.

Which of course leads me to the best practice number four: own it. We don’t think of many of the problems we encounter as our own. As soon as you take ownership of the problem, the chances of your solving it rise dramatically. Once you own the problem, it’s hard for you to stop thinking about it until it’s resolved.

Here’s another example of how being an owner can help solve a problem. I worked with a notoriously challenging, yet effective, leader. He had a reputation for being really tough. He had multiple senior leaders working together on projects and it wasn’t always clear who was in charge of a client issue or a pitch. Once he sensed that the team wasn’t on track, he always appointed an owner, saying something like, “John, you own this problem now. If something goes wrong, you’re the first person I’m going to talk to. You’re responsible.”

Thomas Wedell-Wedellsborg is the coauthor of Innovation As Usual: How to Help Your People Bring Great Ideas to Life. In one of his problem-solving workshops, he asks you to pretend that you're the owner of an office building with tenants who frequently complain that the elevator is too slow. You need to solve that problem. Naturally, the first thing you think about is how to speed up the elevator. Do you buy a faster elevator? Do you upgrade the current one?

Some people in the workshop suggested hanging mirrors on every floor opposite the elevator door. This solution would reduce complaints because people tend to lose track of time when looking at something fascinating—in this case, themselves.

Thomas's point is that how the problem is framed initially could lead to either a fixed or a brand-new way of thinking. Most people immediately think the solution to the problem with the tenants is to speed up the elevator in one way or another. But reframing the problem resulted in a simpler, much less expensive solution.

Once you think you’ve effectively framed the business problem you’re trying to solve, challenge yourself to reframe it. Doing this early in the problem-solving process could take you down a completely different path.

Who you surround yourself with is critical in problem-solving, and I can't stress enough how important it is for them to be open-minded types. They listen. They put their egos aside. Naturally curious, they want to figure out how to make things better.

Closed-minded people, however, can be poisonous to problem-solving. We’ve all been in a group that included one closed-minded person who completely changed the group dynamics. Sometimes you’re not able to choose your teammates, so if you must work with a closed-minded person, think about different ways to engage him or her—perhaps in a one-on-one environment, separate from the group.

If such a person must be included in the team setting, however, talk to him or her early in the problem-solving process about the importance of keeping an open mind. When starting a team meeting, set the right tone by emphasizing the importance of keeping open minds. Such precautions could push the closed-minded person to try harder and improve how he or she interacts with the group.

Problem solving can drive you crazy. There's not a clear map of how to arrive at the situation. Sure, there's a process you can follow, or techniques to get you through the challenging parts, but the path to a solution isn’t linear.

One thing that raises the odds of solving the problem is confidence that the solution exists, somewhere, waiting for you to find it. When stymied, continue to ask yourself questions, to uncover new information. Keep gathering different perspectives from other people. Continue to be curious. Be persistent.

Some of the most satisfying solutions of my career took weeks to find. For example, when I was working on change management for a brand project, my team wasn’t sure how to tell whether those involved were taking the project seriously. So we created a brief quiz and tracked the results, a solution that helped us understand who was and was not embracing the project. (See Chapter 11, “Creative Problem Solving,” for more about this solution.)

It’s never easy to find the answer to a difficult problem. Sure, I often felt I was wasting time and going down paths to nowhere, but additional conversations led to new lines of thinking and, ultimately, solutions. Believing that I would eventually arrive at a solution is what kept me going. Nelson Mandela spoke to this phenomenon: “It always seems impossible until it's done.”

Hold on to the knowledge that the solution is out there, just waiting to be discovered.