How Your Professional Service Company Can Change the Perceptions of Others 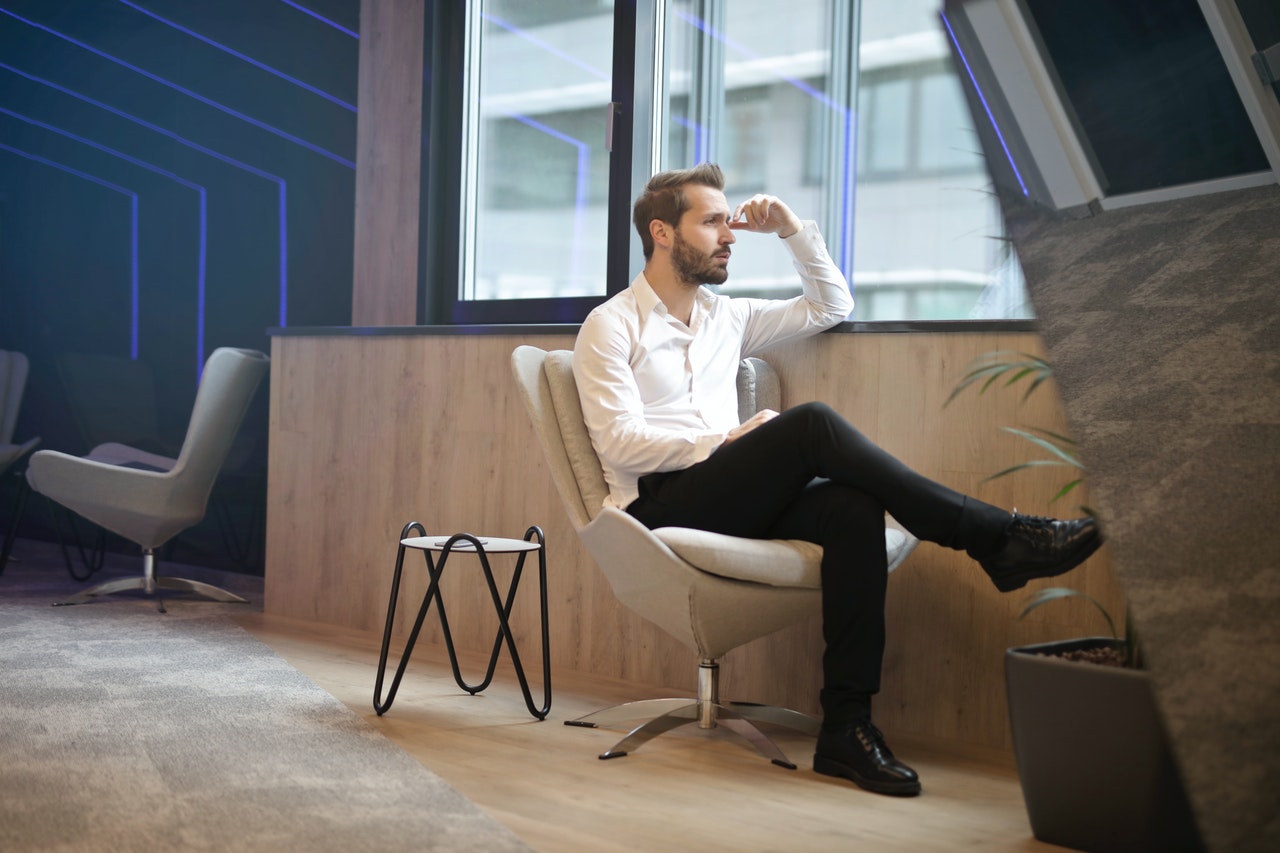 A man holding an empty coffee cup stood outside a coffee shop. He made eye contact and smiled at each person who came out of the shop. It was a cold day right before Christmas, and the Salvation Army bells were ringing.

A woman emerged from the coffee shop and deposited some change in the man’s cup and gave him a cheery “Happy holidays!” Taken aback, the man responded, “Hey, why did you just put change in my cup?” Which left the woman wondering why the homeless man was upset.

Well, he wasn’t actually homeless. He was my father-in-law, and he was waiting for his wife to come out of the coffee shop.

This is an example of the power of perception. Making some assumptions, the generous woman expressed the holiday spirit by giving change to an idle man holding an empty cup. Her assumptions led her to a logical but incorrect conclusion.

Why is it important to share this story? It shows the speed at which one’s brain perceives a situation—and how it can easily get it wrong. Because it doesn't have all the relevant information or the time to analyze it, the brain makes a series of assumptions to reach a conclusion. Sometimes, it’s accurate. Other times, it’s way off.

Think about how many assumptions you have already made today. Now think about how many of them were incorrect. It’s hard to even estimate how many you’ve made, much less how many were correct, right? That’s because your brain quickly processed information, formed an opinion, and moved on.

The challenge for B2B companies is that, once a prospect or customer has formed an opinion about your company, how can it be undone? For example, your customer might not trust your company or think it doesn’t offer the best products. He or she may think your team isn’t agile enough, or your company is too expensive. Such obstacles can’t be overcome overnight.

Content marketing can play a big role in changing perceptions. First, however, you must use research to be sure you understand how people are perceiving your company. There are a couple ways to do this.

The best way is to hire a third-party research company.

If you don’t have the budget, though, you need to communicate directly with your customers. If you talk to them yourself, however, you’re not going to always get an accurate read. Why not? Because of something called response bias.

Here’s an example. Think about being at a restaurant where the chef asked how your meal was. When responding, you held back some information, probably because you didn’t want to hurt the chef’s feelings or feel awkward yourself, right? Nor did you want to spend three minutes explaining what was wrong with the pasta. Instead you smiled and said, “Everything was fine. Thanks for asking.” The chef thanked you, and moved on, without receiving the feedback he or she actually wanted and couldn’t improve without.

The same thing applies to market research. Prospects and clients often don’t tell you everything that’s on their minds. That’s why you receive more accurate feedback when you use a third party to ask the questions.

Keep in mind that accuracy doesn’t depend on just who’s asking the questions. It also depends on how the questions are asked. For example, if the chef had asked his customers, “What would you do to make the meal better?,” the responses might have been more helpful. It’s likely you would answer that question more thoughtfully, because it’s harder to reply, “Nothing would have made this meal better.”

The companies I’ve worked for held different opinions about research. Some couldn’t get enough of it and fielded a survey every month. One CEO even sat in on the readouts. Other companies used their research budget to invest in something other than research. They didn’t see the value of research and how it would help the company grow.

Larger companies usually have more resources for conducting research, which is a huge competitive advantage, because they can keep a finger on the pulse of perceptions of their companies. In addition, research on their competitors give companies a view of the total marketplace. For example: Why did competitor A’s favorability rating move up 7 percent in the past three months? Was it because of a new marketing campaign, or did it launch a new type of sales program? Or perhaps those new print ads actually worked? These are the kinds of insights research can provide.

Learning from research how prospects and customers think about your company can be very humbling. Factors never considered can surface, and perhaps the things you thought most important weren’t even part of the survey respondents’ considerations. Maybe you were sure that customers were unhappy with customer service, but actually it was your website’s functionality that was frustrating them.

Once you have a good understanding of the negative perceptions of your audience, think about how to change them. What would your customers and prospects need to see or hear to change their minds? How can you convince them their perceptions are wrong? Can you do it quickly, or will it require months, even years?

It’s also important to put aside ego and consider the possibility that customers’ perceptions are accurate. Maybe you don’t have a perception problem at all but rather a reality problem. If so, the problem is too big for content marketing to fix, and the company must have the courage to embrace the very real problem. Once a real problem has been fixed, then you can use content marketing to change perceptions of it.

Some people have the mistaken idea that content marketing can change customer perceptions without fixing the real problem. At one company, in response to the low innovation scores our perception research revealed, an executive said, “We should create a white paper and talk about how innovative we are. That will fix the problem.”

I couldn’t help but smirk in response. First, I realized that the scores were probably accurate, for the company had done nothing innovative of late. Second, even if the data weren’t accurate, why would we use a white paper, a more traditional method of communicating, to be perceived as innovative? The solution was for the company to actually start doing things that were more innovative, and only then could we communicate that externally—and then only in innovative ways.

Even though each company has unique challenges related to its external perceptions, there’s a common framework for helping to change them. Here are four steps you can take to overcome negative perceptions of your company.

First, use research to establish a baseline. It grounds decisions in what your customers and prospects really think about your company. You can field the research once or twice a year. Ask a wide range of questions relating to various parts of the business. The key here is to cast a wide net to capture many opinions about your company.

Once the baseline has been established, make sure to ask exactly the same core questions every time the research is later fielded, so that track short-term and long-term changes in customer perception can be tracked.

Step 2. Determine whether the problem is one of perception or reality.

This is the trickiest part. You’re going to review a lot of data, and something is most likely going to appear off. For example, your company might have just launched a new product that you believe is better than the similar product of a competitor, but in response to questions about quality levels of various companies’ products, your company’s new product receives the lowest rating.

Is this just a perception problem—that is, the audience doesn’t know what it’s talking about? Or is your new product not actually not better than the others, perhaps even the worst of them all? You need to get to the bottom of this. To do so, you could conduct follow-up research by having people actually test the different products.

If those tests showed that customers and prospects liked your product and expressed surprise at how good it is, then, thankfully, the problem is just one of perception. If that’s not the case and your product isn’t good, your company needs to address that problem by making the product better.

Don’t be naive and think that marketing can fix a real issue. After the product is improved, you can retest it with customers and only then move on to using marketing to improve the perception of the product.

Now for the most exciting part, if you enjoy problem-solving. Once the baseline metrics have been established, and you’re sure that the problem is one of perception, your job is to solve the problem of how to change people’s perceptions.

I've always looked at this effort as a bit like a game, its object being to make the right choices from among all the variables. Whether you want people to perceive your company as more innovative or better at problem-solving or more environmentally friendly, what’s likely to be the most effective way to change their thinking? What does the content need to consist of? What would be the most persuasive story, and who should be telling it? Should you base the content in facts or focus on emotions? What format and channels should you use?

These decisions are important because you're likely not to have a person’s undivided attention for a leisurely ten to fifteen minutes to make your case. What formats lend themselves to starting to change someone’s mind in thirty seconds or less? Start with short-form content—perhaps an animated video or infographic. It can link to longer-form content, but never assume that people will give you the benefit of the doubt and make it to the end of any of your content.

Every situation is unique. Sometimes you need to develop rational content. For example, if you learn that people perceive your company as too expensive, you should demonstrate that it is in fact not, perhaps by disclosing prices earlier in the content marketing timeline.

Demonstrating that choosing your company’s product or service could help customers personally—perhaps make them look good to their boss or simplify a portion of their work—can be particularly effective. In a 2013 survey, Google and CEB found that “B2B purchasers are almost 50% more likely to buy a product or service when they see personal value—’such as opportunity for career advancement or confidence and pride in their choice’—in their purchase decision.” The research also showed B2B buyers are eight times “more likely to pay a premium for comparable products and services when personal value is present.”

After you’ve created and distributed the content addressing the perception issue, it’s time to go back and see if it’s had any impact on customer perception.

At this point, you’re hoping that the group that saw the content had a more favorable perception rating than those who didn’t. If not, your marketing didn’t work. In that case, follow up with the same customers to understand why their perceptions didn’t improve. Make sure to have this follow-up question already in your research for this group, so that you can capture their responses in the same session.

When content marketing has done its job, you can make a claim that goes something like this: “We know that our customers who read/see our customer-testimonial video are 23 percent more likely to have an improved perception of us than those who don’t.”