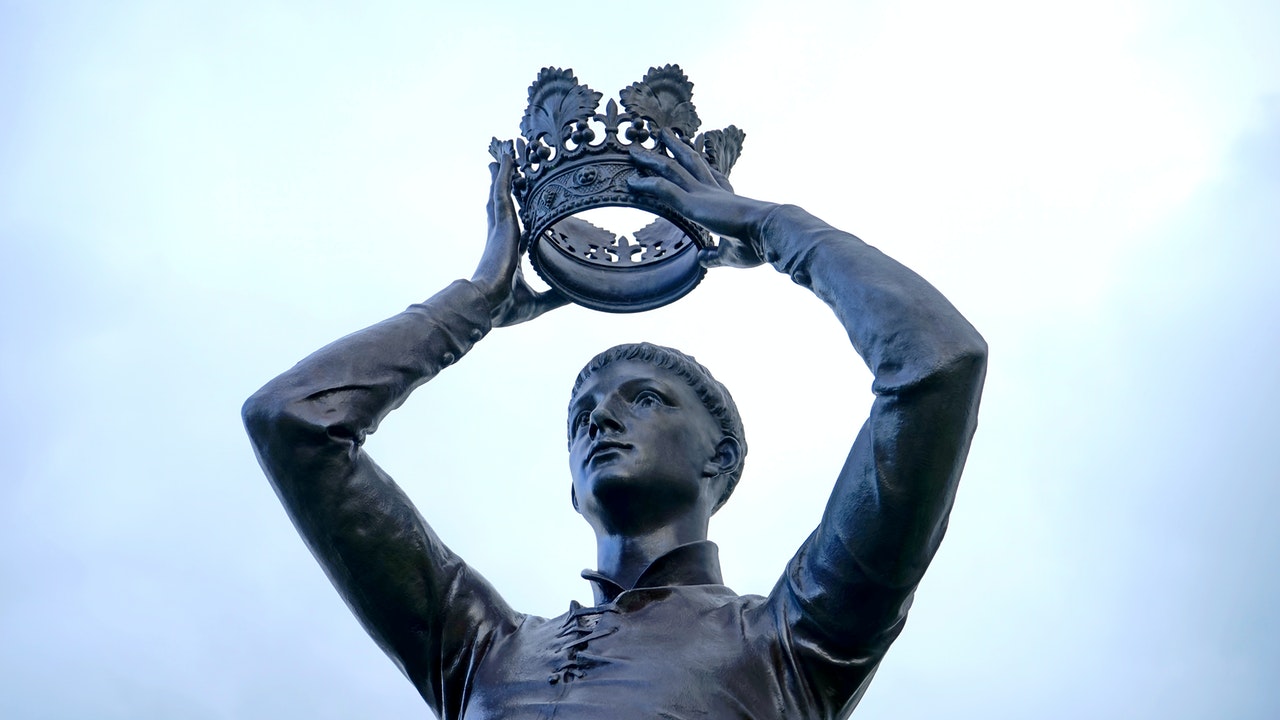 Do you know the story of how Archimedes determined that King Hiero II was given a fake gold crown? Here’s a hint: he didn’t perform chemical composition analysis at the CSI crime lab. It was around 200 BC, so mathematician and all-around genius Archimedes solved it by making a connection between two seemingly unrelated things: water and the ways different materials behave.

It seems like the determination of whether a crown is fake would be a straightforward process, right? Just melt the crown and examine it. However, if the crown is real gold, then you’ve just wasted a perfectly good crown. The problem for Archimedes was how to prove the crown was fake without destroying it.

Archimedes’s inspiration for the solution to this problem came in the bathtub—upon which he ran naked in the streets while shouting, “Eureka!” He realized that his body displaced water when he got in the tub—and theorized that different materials displace water at different levels based on their composition. He proved the theory by dropping silver into a vessel of water and then dropping the same volume of gold into the same amount of water. The two metals displaced different amounts of water. Testing the crown this way confirmed that the crown maker had diluted the gold in the crown with silver.

This story demonstrates that problem-solving isn’t always straightforward. You can develop solutions by connecting factors in unexpected ways. Who would have thought displaced water could be applied to determining the authenticity of a king’s crown?

Here’s a more recent story of how a problem was solved by unexpectedly connecting two unrelated ideas. In the late 1970s, hundreds of thousands of people in India were needlessly blind from cataracts, a very treatable condition. Ophthalmologist Govind Venkataswami (known as Dr. V) wanted to eliminate blindness caused by cataracts, but he didn’t have the time or resources to treat everyone.

One day, while he was watching a chess master play twelve opponents simultaneously, it hit the doctor: “Why can't I treat people for cataracts in a similar way?” Pursuing a solution, he traveled to the United States to learn from automotive and food manufacturers about mass production.

Back in India, Venkataswami opened the Aravind Eye Hospital, where he treated patients at scale. He made it affordable by charging one-third of his patients the full price and subsidizing the remaining two-thirds, who couldn’t afford the surgery. An ingenious approach.

Today, Aravind is the largest single provider of eye surgery in the world. In 1998, its hospitals had 1.2 million outpatients and performed 183,000 cataract operations. Since opening in 1976, Aravind has restored sight to more than one million people in India. All because of the unexpected connection the doctor made between a multitasking chess master and ophthalmology.

Tim Hurson, the founder of the productive-thinking model, believes that the power of making unexpected connections isn’t realized by chance and has built a model that helps to make it happen.

The premise of Hurson’s approach is that solving big, complicated problems requires one to think in radically different ways. He says that people tend to ask themselves the wrong questions. For example, they ask questions they already know the answers to. After all,  it’s harder to ask questions you don’t know the answers to, but that’s how the magic happens.

Hurson’s productive-thinking model encourages creativity, which makes finding good and useful solutions more likely. But the technique goes beyond the free flow of ideas, as in brainstorming. There’s more structure. You ask many defining questions at the beginning. You also determine what success looks like before you develop any ideas or solutions. Here’s how it works.

There are several questions to ask, including the following:

Step 2. Ask what success is.

This step is about visualizing success. By defining it in advance, potential solutions can be assessed more effectively. To define success, Hurson uses an acronym called DRIVE, which stands for do, restrictions, investment, values, and essential outcomes: What do you want the solution to do? What are the restrictions? What resources are available to achieve your objective? What values must this objective deliver? And what outcome must it have?

Step 3. Ask what the question is.

This step distills everything in the first two steps down to powerful questions, what Hurson calls “catalytic questions,” which help to focus the person (or team) who is solving the problem. It can be one or several questions—questions to which you don’t already have the answers. These are the questions that force you to take a step back and think really hard. Sometimes coming up with these questions is just as hard as finding the solution. Getting as many answers as possible to the catalytic questions increases your chances of success.

At this stage, you start to generate multiple ideas and create lists of ideas and answers to choose from. It’s important to note that you don’t need to develop a finalized solution at this stage; you’re just establishing a collection of ideas.

In the fifth step, you eliminate some of the ideas that were generated in step four and develop the most viable ones into a solution. This is the time to compare the ideas with the success criteria that were established in step two. It’s also the time to socialize the solution, refining it as people react to it.

The last step of Hurson’s productive-thinking model is about understanding the resources required to bring the idea to life. At this point, you are no longer ideating or pressure testing ideas. You’re thinking through all the different things that have to be done, the order in which they must be done, and the resources that will be required to do them. This step can take some time, but it’s very important. When you map out how you plan to implement the idea, people will have more confidence in it as a solution.

For a modern-day example of using the productive-thinking model to solve a problem, I spoke with Sarah Kennedy, the chief marketing officer (CMO) of software company Marketo, about how her team approaches problem-solving. Sarah's team was tasked with developing a theme for Marketo’s annual conference, which in the software world is a big deal. Companies like Marketo invest millions of dollars in these multiple-day events to impress prospects and customers.

The team was struggling with how to position the event and its materials. Without a substantive theme that ties everything together, it's virtually impossible to organize conference content and find speakers. (Companies usually fall into the trap of talking about themselves, which isn’t much fun for attendees.) The core team was working hard but getting no traction.

So the CMO assembled a group of marketers to solve the problem. They agreed that the event’s theme shouldn’t be about Marketo; it should be about its customers. The group came up with an idea called the Marketo Fearless 50—fifty people in the industry who were thriving while using Marketo’s software.

Once the team landed on the idea of the Fearless 50, everything else fell into place. Taking the idea a step further, Marketo created a process for nominating oneself or a co-worker to the Fearless 50. A nice aspect of the idea is that it provided a whole new publicity-generating vehicle. When each of the nominees talked about his or her nomination to the media, Marketo received extra coverage on social media. This extra engagement created more awareness of the event and helped to identify the individuals in the final Fearless 50.

While the Marketo team didn't use all the steps in Hurson’s model to solve its problem, it followed many of its steps.

It’s not too surprising that companies don’t use a structured process to develop solutions. But if you were to ask someone what steps they took to solve a problem, many of those steps would match those of Hurson’s model.