How B2B Companies Can Better Understand Personas and Types of Buyers 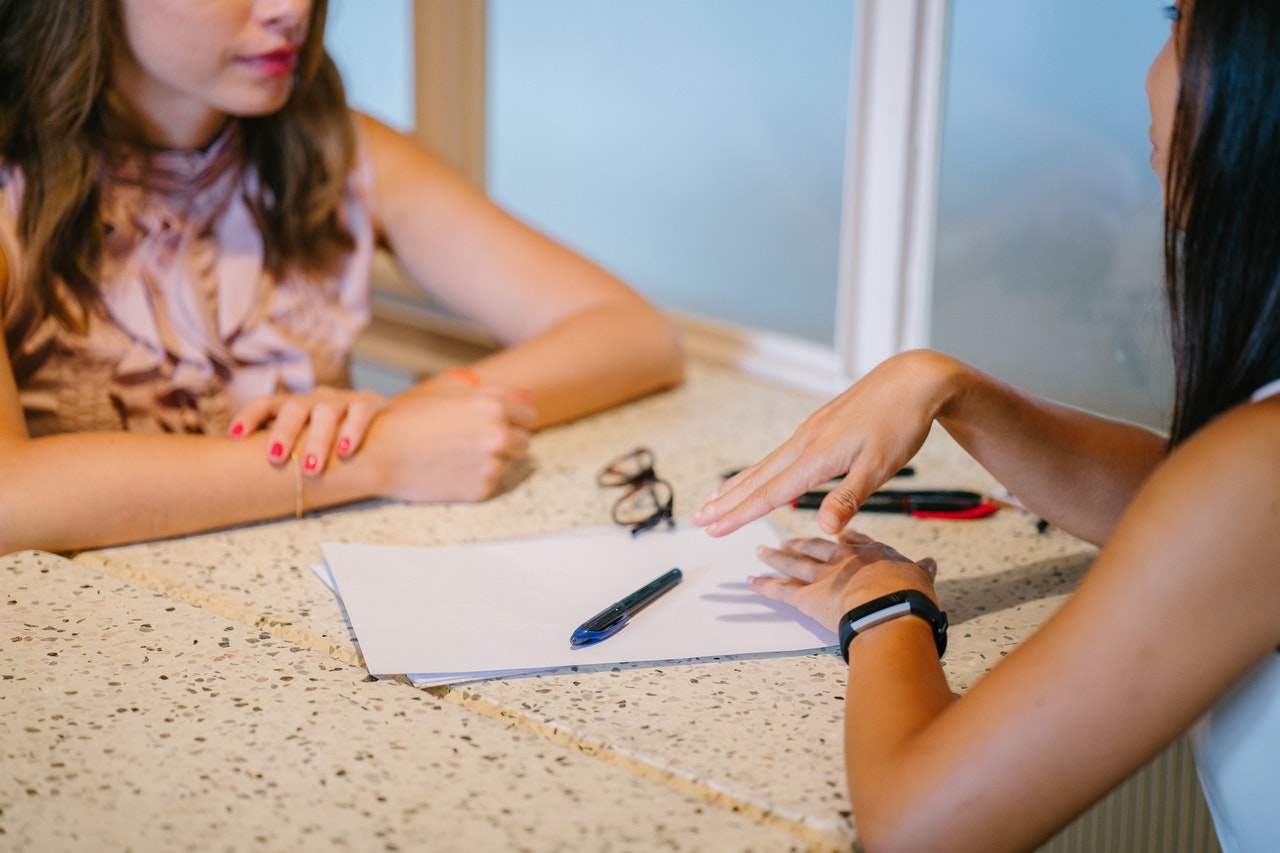 Think about the last time you were in a group photo. Maybe it was a group at a wedding or just a bunch of friends who got together. What did you do the first time you looked at the picture? That’s right, you looked for yourself. Only after finding yourself did you look at everyone else in the photo. And then, before looking away, you probably took another quick glance at yourself.

Why do I bring this up? People, and companies, are obsessed with themselves. It’s just how we’re wired. Clay Stelzer, a director at Salesforce, has been in the customer insights and innovation space for more than ten years and is now in charge of coaching leaders at Salesforce. He put it this way: “People don’t need your company; they need their problem solved.” He went on to say, “Your product or your company is just one way of solving their problem. It’s not about you; it’s about the customer.”

Stelzer is on to something here. Even though you have to talk about your product to make the sales, the conversation shouldn’t start that way. Stelzer added, “There’s so much noise in the world. The last thing they need is to be inundated with product information.”

How can you force yourself to make sure you’re not initiating relationships with customers and prospects based on your company’s agenda? How can you put yourself in the customers’ shoes?

Personas help with sorting this out. They are grounded in the idea that great marketing isn’t just about the product or service you’re selling. It’s also about what the customer is buying. What’s on his mind? What is she going through at work? This is a point in marketing where it’s so easy to make inaccurate assumptions and go down the wrong path.

For example, in 2012, JC Penney’s new CEO, Ron Johnson, made some radical changes in how the company went to market. He not only changed the merchandise in the store, he also changed the store’s approach to pricing. He wanted to create a more high-end retail experience for customers, and he didn’t like the idea of providing customers with coupons. He felt it cheapened the brand. He thought it would be better to just lower the price of an item by $5 instead of marking it up by $5 and then allowing customers to use a $5 coupon.

Turns out his customers didn’t agree. They enjoyed the idea of saving money by redeeming coupons. Coupon redemption gave them a sense of being savvy customers. In an interview with Time, Johnson described the situation: “I thought people were just tired of coupons and all this stuff. The reality is all of the couponing we did, there were a certain part of the customers that loved that. They gravitated to stores that competed that way. So our core customer, I think, was much more dependent [on] and enjoyed coupons more than I understood.” He held the CEO job for only seventeen months.

If Johnson had understood how his customers felt about coupons, he could have avoided making his mistake. This is where the creation of customer personas comes into play.

What are personas? According to content marketer Ardath Albee, a marketing persona is “a composite sketch of a key target market based on validated commonalities—not assumptions—that informs content strategy to drive productive buyer engagement (i.e., revenue).” Personas help you uncover insights and guide what content you share and how you share it with your audience.

Personas include demographic information but also go beyond it. At a minimum, all personas must include answers to the following questions:

Who is our audience—what are its demographics?

Where does our audience go for information?

What are the fears and motivations of our audience?

Personas must be built based on accurate information. The process for developing personas of the audience segments that your content will target must be customized for your company’s unique marketing challenges and opportunities.

There are many ways to gather information, but I find that the easiest thing is to conduct primary research—in other words, to talk with your customers. This can be done by having informal conversations yourself or by hiring a research company to orchestrate the process of gathering customer information.

The advantage of having an external company do it for you is that it adds an element of objectivity. After all, sometimes a customer just tells you what you want to hear. Having a neutral third party minimizes any customer bias.

If you’re unable to conduct primary research with your audience—say, your firm’s partners don’t want you talking directly to their clients and there’s no budget for an external vendor—another way to go is to seek out secondary research. Sometimes other people have already been in your shoes. Why not walk in their footsteps and use information that’s already available? Look for relevant research on the internet, from relevant industry associations and market research companies. Usually, you can access the information on the spot or after paying a small fee. Market research companies like Forrester and Gartner charge anywhere from $50 to $2,000 for most reports, which makes them affordable to most marketers.

Getting inside the mind of your customer isn’t easy. The more ways you can immerse yourself, the better. Phil Clement, my colleague at Aon when he was the global CMO, makes a great point of understanding the customer. He told me that this work is similar to that of anthropology: “I think immersion is a really important idea. You should be out there. You need to figure out what’s going on. You can’t do this from the office.”

All of the best marketing work I’ve been involved with had one thing in common: we marketers became very close to the customers and understood how they thought. Marketing and selling aren’t designed so that you can work in a bubble. If you have a genuine curiosity and really want to learn and understand what your customers are thinking, ultimately the solution to your marketing problem will be better.

Moving on from how customers think to how they act, you will see patterns emerge when you become immersed in customer-experience work. The patterns relate to the roles that customers play in the buying process. Generally, when an organization is making a purchasing decision, there are four different roles its employees play. When creating marketing personas, be sure you understand these roles.

This is the person everyone wants to meet, because he or she ultimately decides whether to do business with a company. Every decision maker is different. Some delegate buying decisions to teams and want to hear only their final recommendations. Others are more hands on, playing an active role from the start of the decision-making process.

The project’s budget usually determines who will make the decisions related to it. The greater the financial considerations, the higher level the decision maker will be.

Most of the time, the identity of the decision maker is obvious and straightforward. However, usually some degree of organizational politics is at play. For example, some people might lead you to believe they have more decision-making responsibilities than they actually do, because they either want to be perceived as having the authority or just want to feel important. As another example, sometimes a power struggle might be taking place in the organization, perhaps as multiple people vie for the same promotion. In that case, someone who is an influencer today might be the decision maker soon.

There are likely to be multiple influencers on any given project. The same individual could even be an influencer for one project’s decisions and a decision maker for another.

The role of a gatekeeper used to be pretty straightforward. Screen phone calls and make sure you don’t give anyone access to the decision maker, unless the decision maker wants to hear from them. While the same principles apply today, it’s not that simple. Why not?

Every decision maker has an email address or social media account. So it’s easier to connect directly with them today. For example, if they’re active on LinkedIn, what’s preventing you from posting a comment to get their attention? I’m not talking about doing this in a spammy way. Do it in a helpful and productive way. I’ve seen this technique be very effective. Someone invests the time to spend two or three months nurturing a relationship along, and then they follow up with outreach for the first time. The decision maker engages because they know the person already.

So, you can argue that the role of the gatekeeper’s job has been altered in the past ten years. But gatekeepers do exist, and you need to understand the dynamics. If you build an effective relationship, they can grant you access to the decision maker. Upset them, and you may never have a seat at the table.

Similar to the gatekeeper is the blocker, though the blocker usually has more influence. Why? They may have evaluated similar companies in the past. Or perhaps they even worked with the previous company. Or maybe they were a former employee at the company. For whatever reason, they have inside knowledge of a company and people value what they have to say.

Sometimes the blocker may not even be working at the same company. A decision maker or influencer might make a phone call to a friend or former colleague for the opinion. And just like that, the blocker appears. Don’t get me wrong, the blocker doesn’t have bad intentions. They don’t actually see themselves as a blocker. They’re just sharing the perspective on what they know. It’s clear these types of buyers are written from the perspective of the company trying to sell. If the company described the blocker, they might describe them as the “insider” or “the experienced” perspective.

The other thing to factor in when trying to understand buying behavior is the number of people who work together to make a decision. Global services firm CEB did some fascinating research on buying behavior in 2013. By analyzing purchase timing by the size of the group determining the purchase, CEB found that the likelihood of a near-term purchase drops dramatically as the buying team gets larger.

Survey respondents were asked if they agreed with the following statement: “We will definitely buy from this supplier in the next six months.” Here’s how they responded, according to the size of the buying team:

Number of people on team Likelihood of purchase